Notice: wpdb::prepare was called incorrectly. The query does not contain the correct number of placeholders (2) for the number of arguments passed (3). Please see Debugging in WordPress for more information. (This message was added in version 4.8.3.) in /home/epurwthi/www/wp-includes/functions.php on line 4676
 ECO-MOBILIER IS HELPING TO FIGHT CLIMATE CHANGE - EPUR 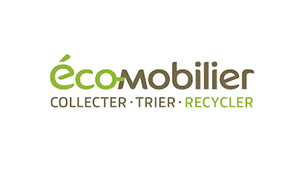 In the lead-up to the COP21 Climate Conference to be held in Paris in early December, Eco-mobilier’s environmental audit proves that the circular economy too can help fight climate change. The initial estimates yielded by the  life cycle analysis (LCA) being conducted in the network have confirmed this.

According to these analyses, for 2015 alone, Eco-mobilier helped avoid the emission of the equivalent of 70,000 tonnes of CO2 into the atmosphere. This is equivalent to the greenhouse gas emissions generated by domestic lighting in 1.8 million French homes over one year, or by Paris – New York round flights for 70,000 passengers. This reduction in emissions was achieved by recycling used furniture and using it as fuel in cement works instead of fossil fuels.

Over and above this direct contribution to combating climate warming, Eco-mobilier’s environmental audit highlights another two positive points about recycling in favour of forest ecosystems and non-renewable resources. Recycling old wooden furniture plays a part in the wood industry’s circular economy, while recycling mattress foam and plastics reduces the consumption of non-renewable oil-based resources.

Since Eco-mobilier first began operating in 2013, the network has collected nearly 300,000 tonnes of end-of-life furniture, of which nearly 80% has been recovered and 45% recycled.